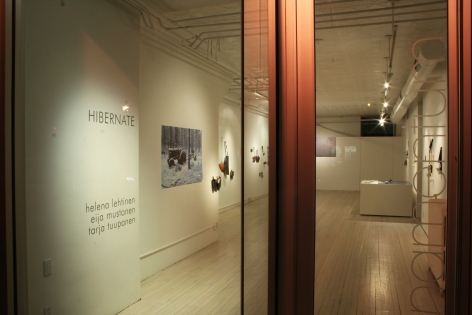 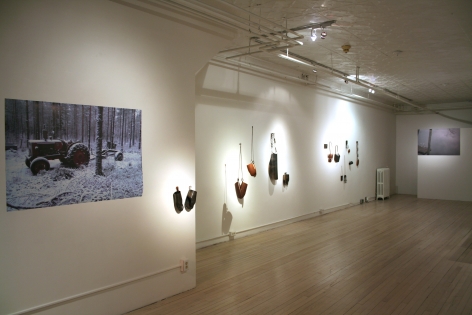 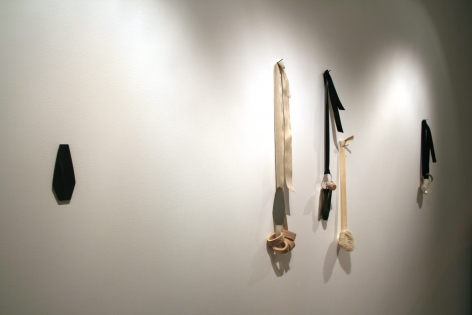 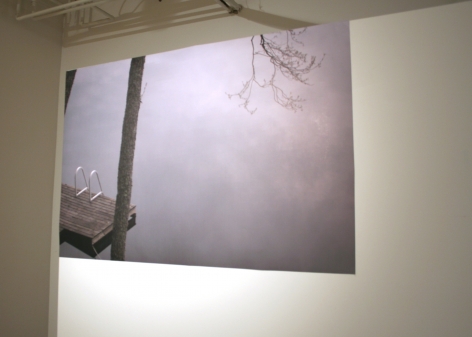 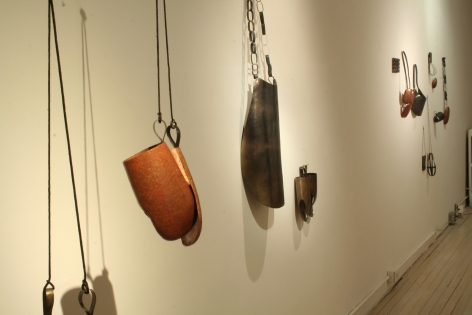 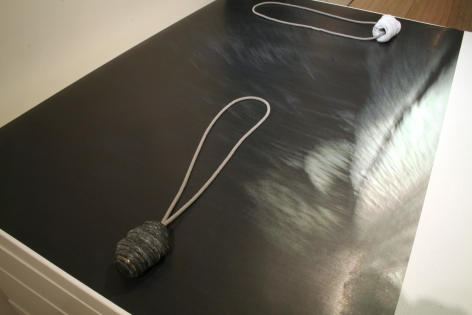 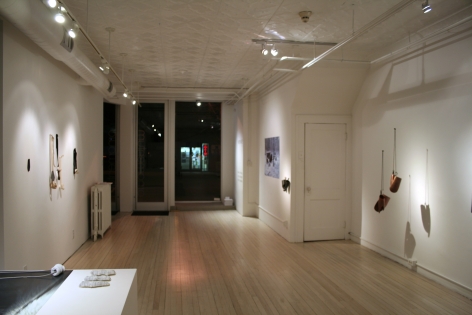 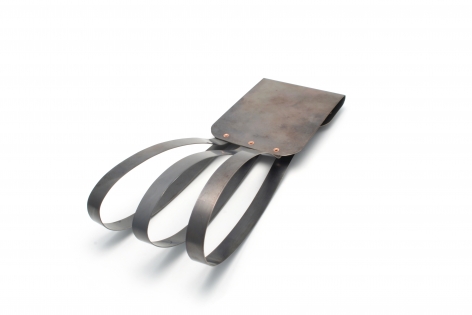 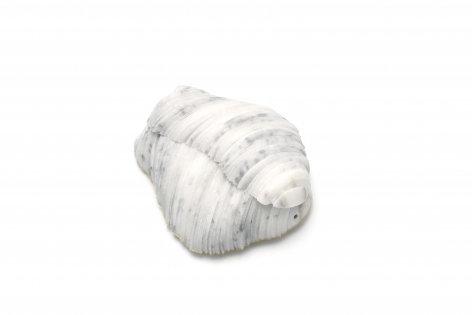 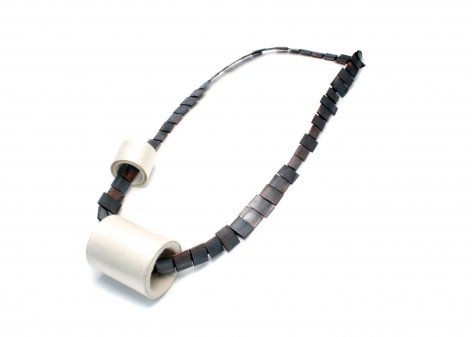 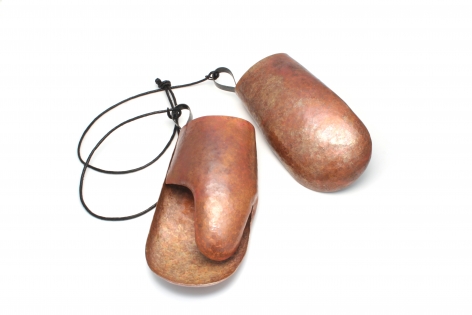 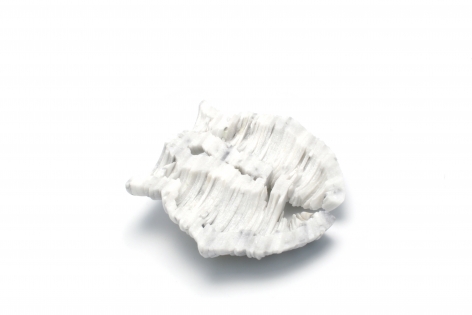 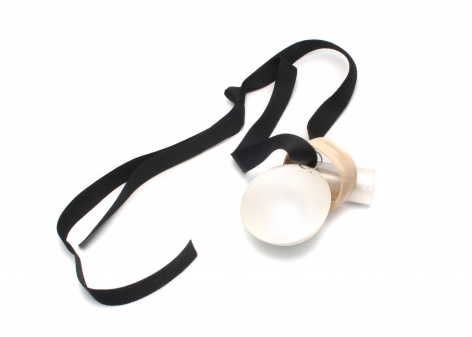 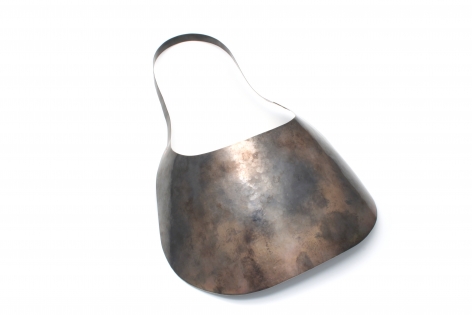 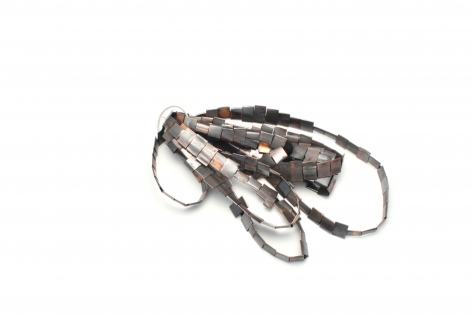 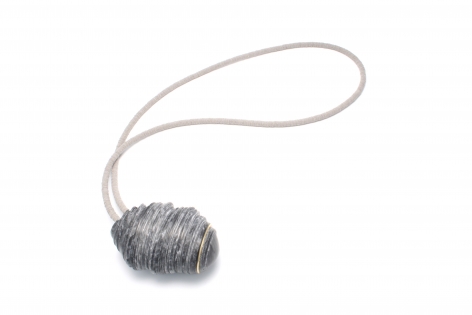 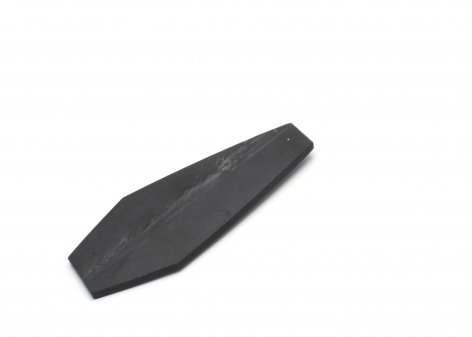 Jewellery exists as a category of objects that are touching human beings in three different ways. Firstly the jewellery object itself is touching the human body when worn, it is a physical touch, which is mostly perceived unconsciously by the wearer. Secondly; jewellery is touching the wearer and the viewer emotionally, as the aesthetics or the narratives of a piece evokes an emotional reaction of some kind.

Thirdly: jewellery is touched by human hands in the process of perception, using the sense of touch to detect the form, the material, the surface. This kind of perceiving touch is inherited in human beings; it is a base for understanding things of nature as well as the objects of culture.

It is the natural action of the perceiving touch that makes jewellery a challenging art form in the 21st century. Jewellery essentially invite to a touch, as previous object experiences suggest connecting the object in question to the body. Simultaneously the “art aspect” of contemporary works creates a hesitation to touch inquisitional, for example investigate the surface with the fingers, as the piece might suffer damage, hence lost of value, through traces of touch. It is a discrepancy of cultural behaviour, which prevents the perceiving touch even with objects made for touching, such as jewellery. It is as if some kind of cultural tyranny of subjects prevents us from engaging physically with the objects.

In current culture, touching as a mean of understanding has mainly become the pleasure of the makers. Hereby a core cultural problem of object-perception visualizes; when objects are not to be touched, perception is based on cultural knowledge instead of personal experience. The perceiving touch is important since it offers an experience of materiality; it makes materials more than cultural concepts, as it creates a personal dialog between material things and beings.

At the annual visit to the Munich fair I usually run into the three artists from Hibernate. We talk for a while, sometimes sit down for a coffee, and then I continue my odyssey through the world of jewellery. At some point later in the day I stick my hand in my pocket or my handbag and find a foreign round shape exiting my touch; the hibernate egg!

One of the Hibernate artists has secretly slipped a chicken-egg - emptied and refilled with chocolate - into my personal realm. First time it happened I was puzzled since I did not know the originate of the finding in my pocket, later times it made me smile, thinking about how the Hibernate artists had given me the personal experience of a perceiving touch.

The Hibernate egg is material, but it becomes materiality in my pocket.

All cultural objects consist of matter given form by human action. It is the interaction of human intentions that creates physical narratives out of substance.

Objects within a cultural frame are simultaneously expressing the culture – something already defined - and transforming it. This transformation takes place when objects relate to the current state of things, hereby objects can either educate people in normative behaviour or open up for critical examination of the very same. Objects are therefore physical prove of cultural development and equally tools for rethinking cultural development.

In the case of objects such as jewellery a further aspect comes to play. Since jewellery are objects worn by people, concepts of identity are included in the narratives. Jewellery can simultaneously confirm and/or question cultural identity. It is to some extend the step from the objects/society to the personal scale of jewellery/individuals I would like to touch upon, and remark that objects big or small helps us to understand and develop identity.

It is the human beings that create the objects that in turn create an understanding of who they are and who they can be. This is the frame in which objects, such as jewellery, can be perceive analytically, but in order for the objects to exist in the first place, two key elements are needed, a material and a human interaction.

All artefacts are rooted in material. One mean of developing culture and cultural identity further is therefore the process of giving form to material.

Eija Mustonen’s approach to finding materials seems archaic and could remind of the action of a hunter cutting up a game.

In the workgroup of wood pendants from 2010 the material is treated rawly, removed until a core of the material is revealed. In the latest workgroup metals such as nickel-silver, copper or brass are hammered into shapes of glows or aprons. Where normally the softness of textile would meet the hand, the metals are displaying their hard surfaces, colder to the touch. But simultaneously the metals expose their resistance, flexibility and durability; their core properties as substance.

Eija Mustonen seems to search for a core in all materials she approaches. Even if several of her former pieces consist of material-collages, each material is presented almost naked to the eye. As a material hunter Eija Mustonen separates “flesh” and “bone”, in order to communicate that each element is a carrier of its own cultural and aesthetic meanings. When the materials are reunited in one of her objects this approach leads to new knowledge formation. Her objects let the material speak with their inherited authorities; they let the materials be the narratives, her interaction as an artist consists of revealing the often-overlooked stories of the materials. Often surfaces are left in a raw state of production to underpin this artistic approach.

Through this archaic approach to material does her work formulate a statement of strength and core qualities. This can be transferred and accumulated by the wearer.

It is worth considering if Eija Mustonen through her approach to material exclude the common cultural meanings of the material, in order to focus on the physical qualities each material behold. At least in the moment of production, it is to assume, that Eija Mustonen is ignoring the cultural norms that create a hierarchical thinking structure in relation to material worth.

Carving wood, hammering metal, cutting textiles; in Eija Mustonen’s interaction with material there is a killing involved. It is however not a violent killing, but similar to a hunters aim, it is executed with the deepest respect for the material at target.

Helena Lehtinen’s approach to material is different. Helena Lehtinen is gathering. She seems to collect materials on her way through life. The materials are selected out from the viewing point of a personal preference, where form, colour and surface of the existing objects are the main focus. Material for Helena Lehtinen is therefore not treated as raw material ready to be processed, but rather, as objects to be highlighted through carefully planed material alliances.

Her work expresses relational thinking, as objects are found or created, in order to be united with other objects in her jewellery. As a gatherer Helena Lehtinen often accumulate the individual objects in her pieces; hundred of beads are sewn together, colourful silk tread is wrapped into a bigger surface or buttons are orderly placed to create a body.

In Helena Lehtinen’s work a fascination for the everyday and for the objects of use are combined, according to her particular sense of aesthetic. When analysing Helena Lehtinen’s individual choices of material; they seem to have a mutual based in a kind of melancholic sense for home objects, which also can be described as belonging to the traditional sphere of women or as the gendered objects of femininity.

Although Helena Lehtinen’s choices of objects therefore could lead to a rather romanticised expression in jewellery, Helena Lehtinen’s work holds no such sentiment. Her work is bold, and it suggests relating to cultural tradition without giving in to the very same. It is a standing point, which gives the viewer a valuable insight and can become a key to understanding the individual’s possibilities for relating to and relating within the current culture.

Helena Lehtinen gathers many materials, but clearly there is nothing random in her choices. The materials are chosen based on knowledge, similar to a healer gathering herbs. Her choices are anchored in knowing the possibilities that the materials offer as well as her knowledge of the cultural human beings, for whom the work is made.

Tarja Tuupanen is the youngest artist in the Hibernate-group and her approach to material visualizes a post-modern vantage point. Tarja Tuupanen gathers materials and she also slaughters materials, but her material choices are based in the cultural meaning of the found objects, and as such they are deconstructed in Tarja Tuupanen’s work.

When for example a mass-produced and rather plump looking marble candleholder is sliced up – dissected and remixed – Tarja Tuupanen is not only formulating a comment on a specific material value, rather she is questioning cultural value systems as such. It is a post-modern approach as it questions function as well as meaning of objects in a cultural context.

Tarja Tuupanen’s work does however not end in a possible conceptual trap, since her choice of material is not random, but a choice based in her lifelong passion for the material stone. Although Tarja Tuupanen has an outstanding knowledge of stone as a substance, a material, a cultural phenomenon, Tarja Tuupanen’s pieces formulate a well balance relation between concept, aesthetic and skill, through her approach of serious play.   Hence, her works appeal to be investigated out from the concept of cultural knowledge as well as by the perceiving touch.

Tarja Tuupanen chooses her found objects carefully and aware of their aesthetic flaws and questionable origin. In the process of reconstructing the material she simultaneously secures that traces of this origin stay readable for the viewer, but Tarja Tuupanen does also free the objects, through her radical rebuilding of the material and of its aesthetic expression.

For the viewer this creates the possibility to rediscover qualities in objects, and finally the possibility to look for the loveable in the apparently unloved, which in the light of the post-modern scepticism can become an anchor for connecting to cultural developments for each of us.

Tarja Tuupanen has chosen a post-modern approach to the material stone. In itself it could be perceived as a contradiction, as the durability and persistence of the material seems to create a kind of antitheses to the typical post-modern concept of relativity. But Tarja Tuupanen depicts the stone as an object, which has been formed by culture, and thereby she touches upon one of the key element for understanding objects in a post-modern context.

Turning material objects such as jewellery into an experience of materiality happens only in a dialog between artist and audience. The Hibernate artists have created objects that invite for dialog. The work invites for physical touch, as the materials boldly present themselves to us.

Wearing jewellery is developing culture. In the work of Hibernate three different approaches to this phenomenon are offered. Although different, all three offers include the perspective of relating to the contemporary culture by including an understanding of how we got to be. And while their jewellery is slowly revealing its sophistication to us, we have the possibility to recognize more complex possibilities for ourselves through it.

The past cultural developments are essential to the current, and embracing this creates the flow that free up the possibilities of the individuals of today. The Hibernate artists are creating enchanting jewellery and objects that visualize the essential relation between past and present and thereby enable the wearers to empower her or his individual standing point.

Jewellery develops culture, because jewellery are objects touching human beings. That is what Hibernate does. 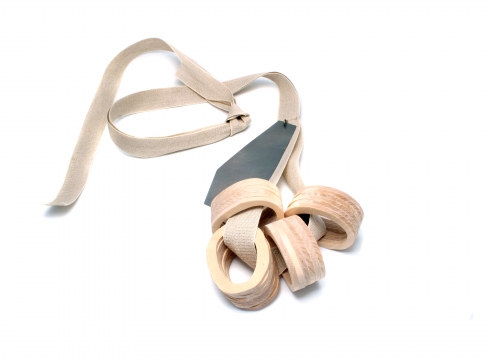 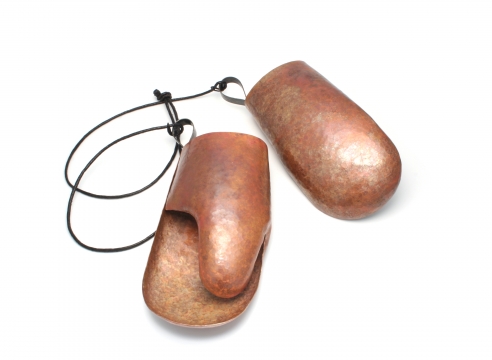 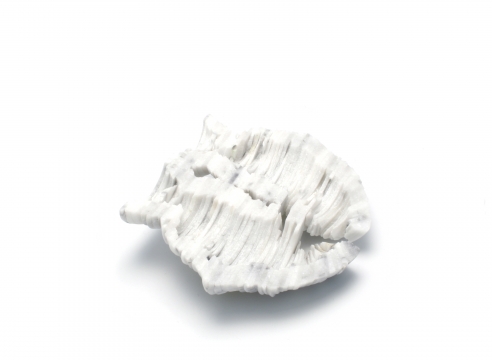 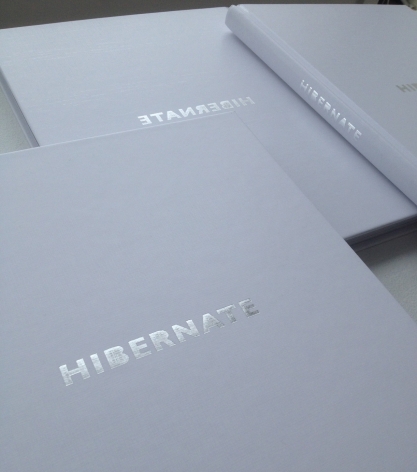